For Kids, Teens and Adults 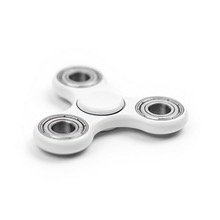 Fidget toys were first developed for children and teens with additional needs dictated by conditions such as ADHD, autism and mental health issues that made them more prone to fidgeting and less inclined to focus, especially in the classroom.

The sensory stimulus provided by these toys and aids helps alleviate the overload caused by environmental factors such as noise and bright lights and has been scientifically proven to work.

While there has been controversy over the use of spinners in particular, with many classrooms banning them, there are fidget toys which are more effective than spinners which are also far less distracting. These include cubes, rollers, chew-able items and balls.

More and more children and teenagers are being diagnosed with not just conditions such as ADHD and autism thanks to improved diagnostic criteria but, sadly, the overwhelming stress of daily life means that more are also being diagnosed with anxiety, stress and the resultant mental health issues.

Children and adults report that they help them to focus and de-stress which can only be a good thing. Others simply want to use them for that ‘cool’ factor.

FIDGET SPINNERS IN THE MEDIA

Fidget Spinners: What They Are, How They Work and Why the Controversy

This season's hottest toy is marketed as an antidote for attention deficit hyperactivity disorder, anxiety and autism — but it's also being banned in classrooms across the country.

"Fidget spinners" are small, ball-bearing devices that the user can rotate between his or her fingers. The momentum of the toy provides a pleasing sensory experience, according to user reviews, while the challenge of tossing, transferring and twirling the spinners has spawned an entire universe of instructional YouTube videos. [How Fidget Spinners Work: It's All About the Physics]

Many spinners are marketed as aides for individuals with anxiety, autism and ADHD; Cppslee's spinner marketing patter on Amazon, for example, promises greater concentration for people with those conditions, plus an opportunity to "bring out that creative genius lying deep within you."

"Using a spinner-like gadget is more likely to serve as a distraction than a benefit for individuals with ADHD," said Mark Rapport, a clinical psychologist at the University of Central Florida who has studied the benefits of movement on attention in people with ADHD.

(The so-called fidget cube — which is a plastic cube equipped with various buttons and dials for fidgeting hands — may be more classroom friendly, according to a scientist who studies intersection of human computer interaction and games, who pointed out on the website The Conversation that the cube doesn't require visual attention. "They can serve the same purpose as the spinners, but are more classroom-ready and less distracting," Katherine Isbister, professor of Computational Media at the University of California, Santa Cruz, wrote on The Conversation.)

Regardless of their usefulness in keeping kids' distracted brains focused, fidget spinners have sparked a conversation about attention spans in kids and how to help the little ones focus, experts told Live Science. For instance, though there isn't a lot of data supporting the idea that kids have less focus today than in the past, some research does suggest attention spans have decreased as multitasking has increased with the digital age, one expert said. There are various methods for bringing kids' focus back to the lesson at hand, psychologists say, including fidgeting devices, activity breaks and the simple removal of extra distractions. (The devices may also teach kids something about physics, or at least ball bearings.)

Fidget spinners emerged this spring, seemingly from out of nowhere, as a must-have gadget. Before December 2016, Google searches for the words "fidget spinner" were basically nonexistent. Now, teachers are posting about their frustrations with spinner-obsessed students on Twitter, and the toys even have their own forum on Reddit.

"I will call you 'Annoying Spinny Thing' and you will live in my desk drawer," Kansas Spanish teacher Amanda Dickey tweeted, punctuating her message with #fidgetspinner and #teacherprobs. [How to Do Timeout: 12 Tips from Science]

Most of the controversy surrounding fidget spinners has been over schools banning them from classrooms. An elementary school principal in Evanston, Illinois, Kate Ellison, told the Chicago Tribune that the spinners have been a distraction in classrooms in her school, and that children with special needs have other, school-friendly options for fidgeting. Meanwhile, some parents of kids with special needs have hailed the toys' benefits. One blogger, a parent of an 8-year-old with autism, wrote on AutismAwareness.com that her daughter was thrilled to see her classmates wanting to fidget just like her. School-approved fidget devices mark her daughter as different, wrote Miriam Gwynne, but fidget spinners are simply cool.

"For her, the fidget spinner is not a must-have craze to be like her friends, but more a stress release from the demands placed upon her during her school day — much the same as she uses a stress ball or her twist-and-lock blocks," Gwynne wrote. "When schools decide to ban sensory and fidget toys, they risk isolating the very children they’ve spent years trying to include." [25 Scientific Tips for Raising Happy Kids]

The list of schools banning the spinners seems to be growing and now includes schools in Massachusetts, Brooklyn, New York, Florida, Chicago, Illinois, and even across the pond in Manchester, England.

At least one expert is disappointed by the bans. "These little gadgets should be called fidget tools, not toys, and they can be part of a successful strategy for managing fidgety behavior if they are introduced as a normal part of the classroom culture," said Claire Heffron, a pediatric occupational therapist in Cleveland, as reported by The Washington Post.

Even so, teachers say that most kids are using the spinners as toys, focusing on them rather than on class, according to news reports.

There's no doubt that toys that allow kids to fidget can benefit kids with autism. Occupational therapists often use sensory toys like tactile discs, Koosh balls and even putties or clays to soothe kids who have sensory-processing issues. Similarly, research has shown that movement can help kids with ADHD to focus. A 2015 study published in the Journal of Abnormal Child Psychology by Rapport and his colleagues looked at 8- to 12-year-old kids with ADHD. The researchers found that those who participated in gross motor activity — meaning the movement of limbs or large parts of the body — performed better than those who sat still during tasks involving working memory, which is a type of memory used for processing incoming information. Exercise has also been proven to be helpful for kids with ADHD.

But without studies that specifically look at fidget spinners, it's impossible to say for sure whether the devices could help kids with ADHD, Rapport told Live Science. He conjectured that the little handheld toys are not likely to help much. They don't require gross body movement, he said, which is what appears to be responsible for increasing activity in the frontal and prefrontal brain areas that are responsible for sustaining attention. The spinners are also visually distracting, and so they could pull a child's attention away from the chalkboard or teacher, Rapport said.

"Riding a stationary bike while reading, or sitting on a movement ball while working at one's desk, in contrast, allows small (non-distracting) motor movements and would probably prove beneficial for many children with ADHD," Rapport wrote in an email to Live Science.

An unofficial report in June about possible lead in these toys may have parents worried, but don't clear your home of the spinners just yet. Tamara Rubin, a lead-poisoning-prevention advocate who is not affiliated with any university or research institution, home-tested 11 fidget spinners and found unusually high amounts of lead in two of these. Even so, Rubin's findings have not been replicated nor peer-reviewed; and Rubin only tested 11 spinners. You can read more about possible lead in fidget spinners in this Live Science article.

A bigger concern may be the risk of kids choking on some of the spinner's small parts. The U.S. Consumer Product Safety Commission, is looking into reports of children choking on parts that have popped out of a fidget spinner, said Patty Davis, the CPSC's acting communications director.

Here are some tips from the Toy Association for keeping your kids safe while fidget-spinning: Follow age labels; shop at reputable stories (where you'll find toys that passed U.S. testing); follow tips for light-up spinners (make sure the spinner's battery is locked in the toy); check for broken parts (which can be a choking hazard).